Welcome to the Smith Lab!

Our research focuses on the origin and diversification of body plans found in Panarthropoda (Arthropoda, Onychophora, Tardigrada) — a lineage renowned for its diversity of segmented body plans. In order to investigate body plan evolution in this lineage, we have built an integrative research program that combines comparative approaches to developmental genetics, genomics, and morphology. Our approach allows us to reconstruct body plans of ancient panarthropod ancestors and elucidate the developmental changes that led to modern forms. Our goal is to identify the developmental principles that govern the origin and diversification of segmented body plans. Our research primarily focuses on the tardigrade Hypsibius exemplaris. Tardigrada is the outgroup of other extant panarthropods. Therefore, comparative studies of tardigrades are especially valuable for elucidating how the body plans of panarthropods diverged from their very ancient last common ancestor.

Our research referenced in the popular press!

Tardigrades Are One Giant Head
No one would argue that tardigrades got stiffed in the weirdness department. These teensy animals, also called water bears, look roly-poly under a microscope. Less than a millimeter long, they can survive extremes of heat, cold, pressure, and radiation that are deadly to most other lifeforms. Under duress, a tardigrade may curl itself into a dried-up ball called a tun, then stay in a state of suspended animation for years before returning to life. Now, researchers poring over the animal’s genes have found another oddity. The tardigrade, they say, is essentially one giant head. (continue reading about Tardigrades Are One Giant Head...)

8 Reasons Why We Love Tardigrades
It doesn't need to be said, but we'll say it anyway: Tardigrades are amazing.

Their tiny, endearingly tubby bodies — about half a millimeter long — can dry out for years at a stretch and then revive with no damage. They can endure extreme heat and cold that would kill most other forms of life, and they can even withstand radiation in space.

Whether you know them as water bears or moss piglets, they’re microscopic bundles of awesomeness, and here are 8 reasons why. (continue reading 8 reasons Why We Love Tardigrades...) 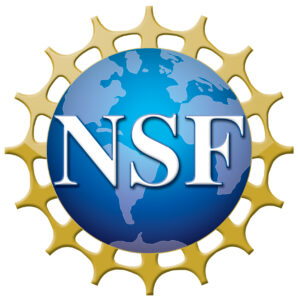 Students seeking to pursue a Master of Science in Biology can join The Smith Lab through three different Biology Graduate Program Areas of Concentration: 1.) The Ecology/Environmental Biology; 2.) The Microbiology/Molecular Biology track; and 3.) The Coastal and Marine Biology track. Additional information about the Biology Masters degree program at UNF can be found here.

Undergrads can join The Smith Lab for an exciting summer research experience through the National Science Foundation's Research Experiences for Undergraduates (REU) program. More details about this program can be found here.